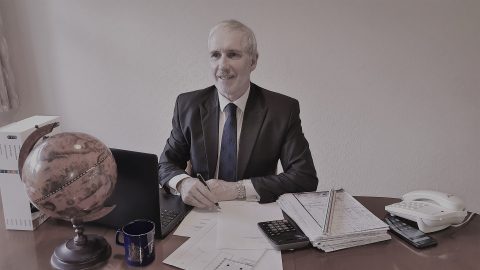 How long have you been with RVA Group?

Describe your career journey before that?

I have worked for five demolition companies – part owning two of them – in Canada and Australia, so I have a vast amount of discipline-specific knowledge.

I’m also a chartered project management surveyor and a chartered construction manager, so have adopted many different roles on a variety of global projects, before joining RVA – mainly focusing on the commercial side of demolition and construction.

What did you want to be, when you were younger?

And what do you think is the key skill you need to be a successful demolition and decommissioning consultant?

It’s multi-faceted, so strategic communication and time management skills are critical to successfully managing the technical requirements of the role.

Delivering an asset retirement obligation report for a major piece of infrastructure that is critical to the UK’s energy security.

That trust is more important than knowledge and contacts.

RVA Group is celebrating 30 years in business, with a truly global reputation for decommissioning excellence. Why do you think the company has earned such a stand-out position in industry?

Because the CDM regulations created a significant market for the Principal Designer role, and we our engineering skill-set – not to mention supply chain independence – filled that gap, entirely. Also, client organisations generally don’t have the specific skill-sets required to manage demolition and decommissioning projects, so we are a much relied upon resource.

It’s a tie between oil refineries and coal fired power stations, because of the significance of the decarbonisation agenda.

Strategically, keep your objectives fixed – involve all internal and external stakeholders from the outset, define their expectations, manage them and then keep decision making within the project team. Tactically, be open to opportunities to enhance the project outcome, and flexible enough to incorporate them.

Acapulco, as I would love to see the La Quebrada cliff divers. On December 12 – the feast day of the Virgin of Guadalupe – freestyle cliff divers perform the “Ocean of Fire” when the sea is lit with gasoline, making a circle of flames which the diver aims for, from a height of 40 metres.