Whether a client seeks to completely clear a redundant site, dismantle an individual asset in the heart of an operational environment, or anything in between, the inherently high-hazard world of decommissioning is our speciality.

In fact, with more than 200 years’ combined technical expertise within our team, RVA’s extensive engineering skill-set has been sought out by multi-billion-pound organisations on a truly global scale.

However, while our portfolio of decommissioning services may be clearly defined, we never operate a generic approach. 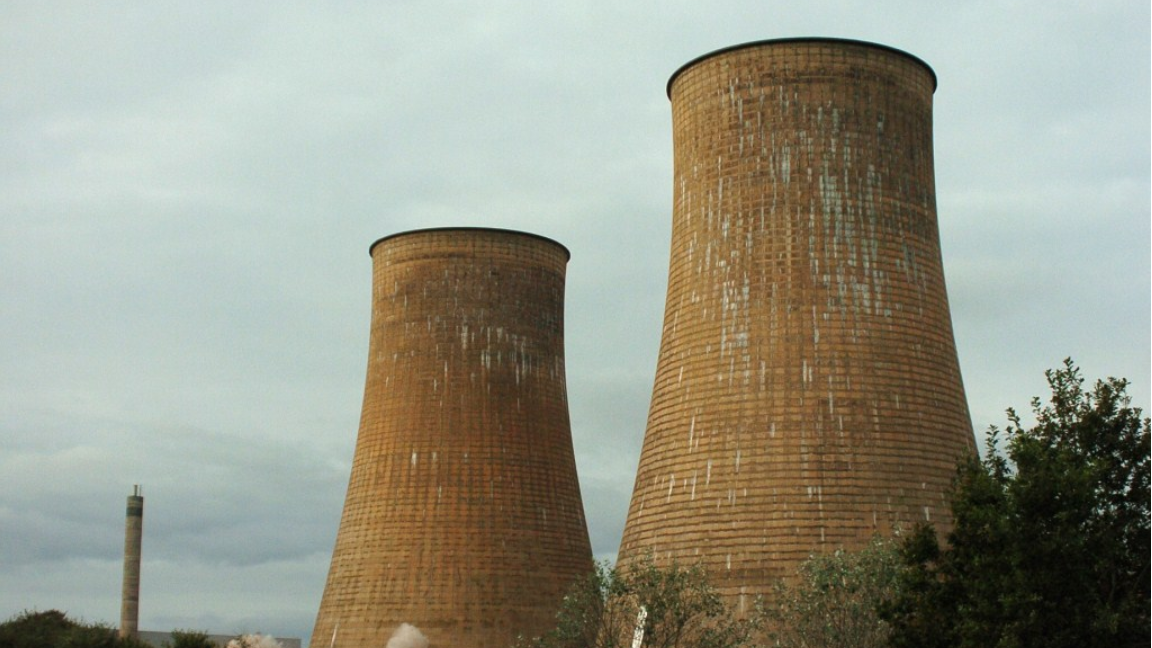 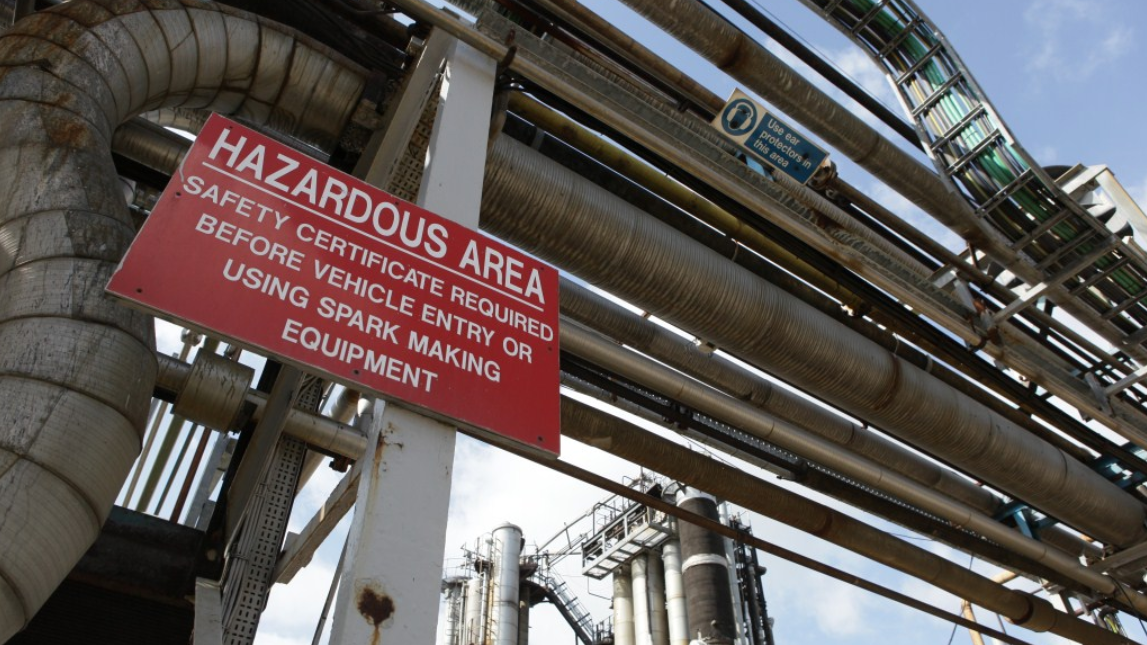 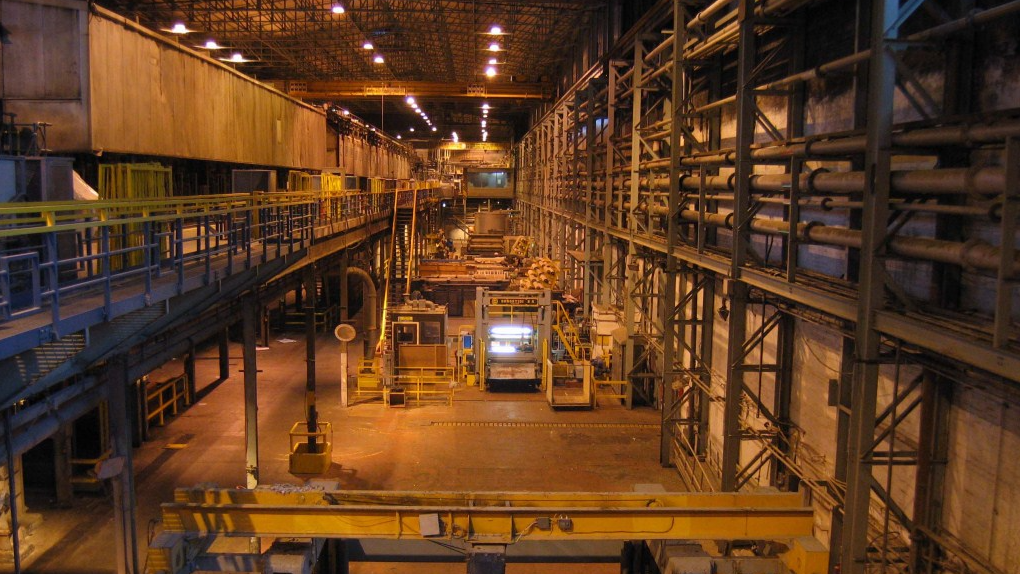 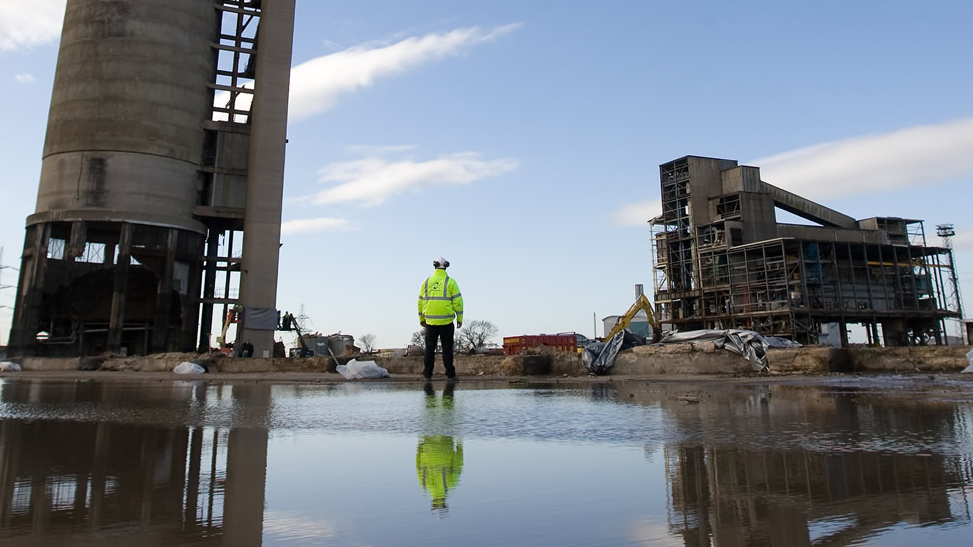 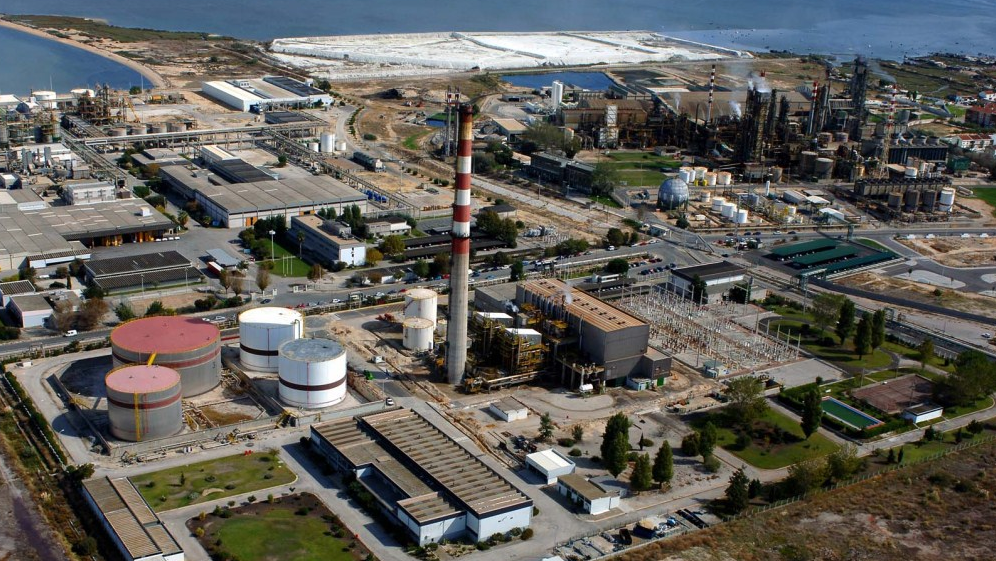 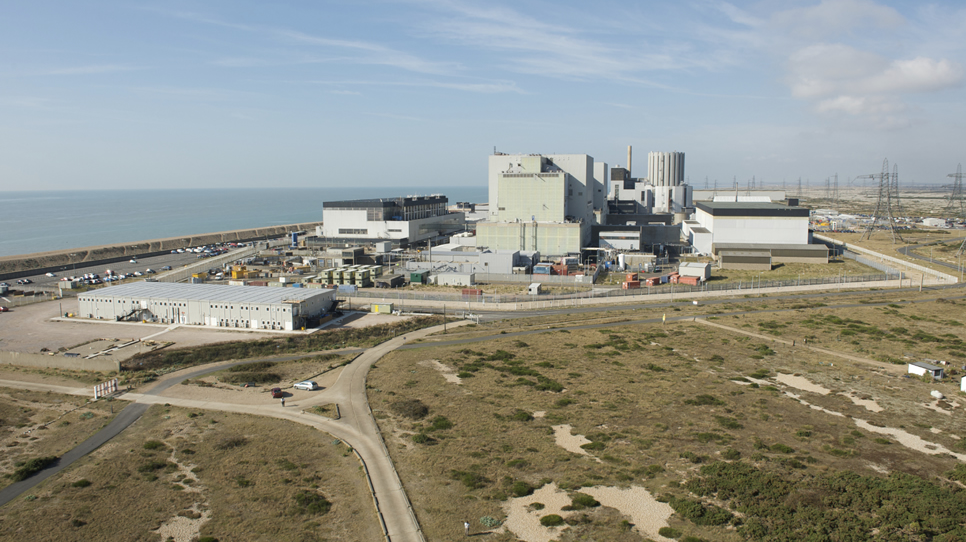 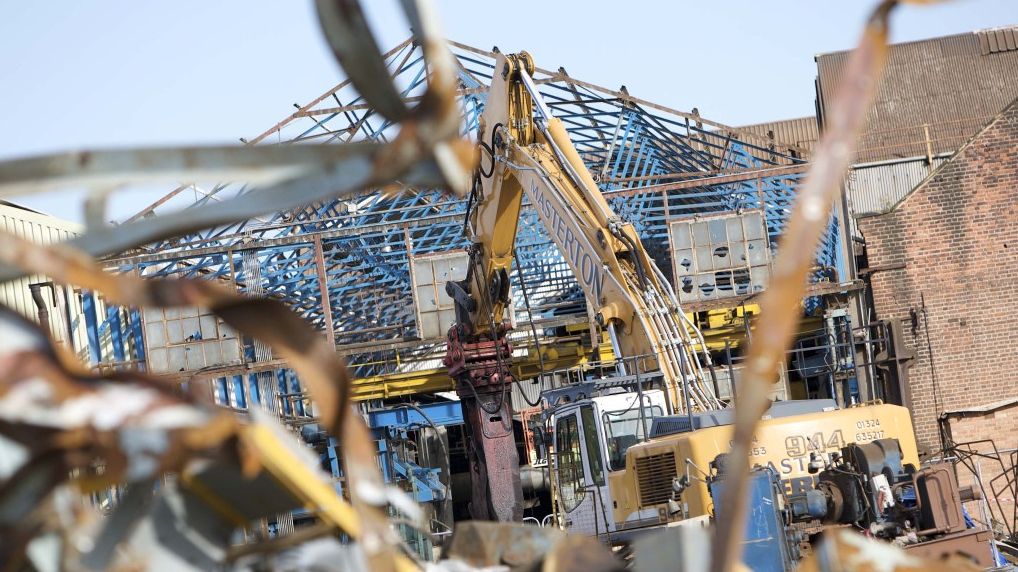 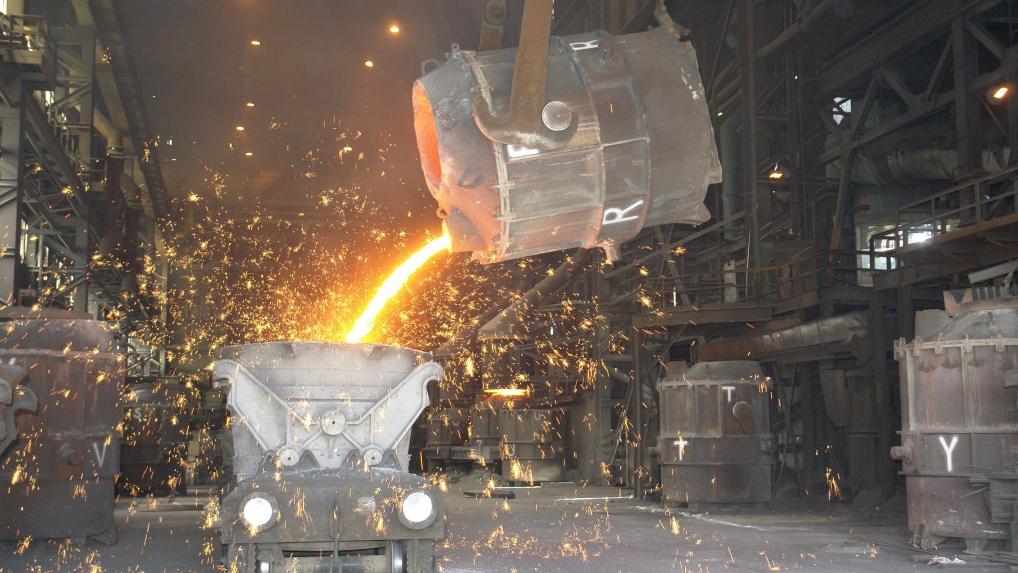 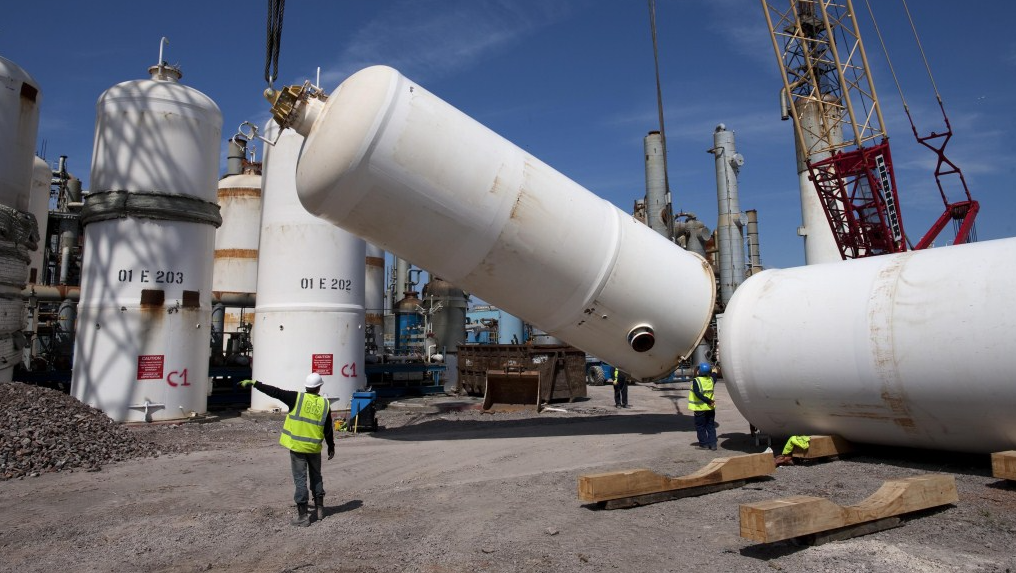 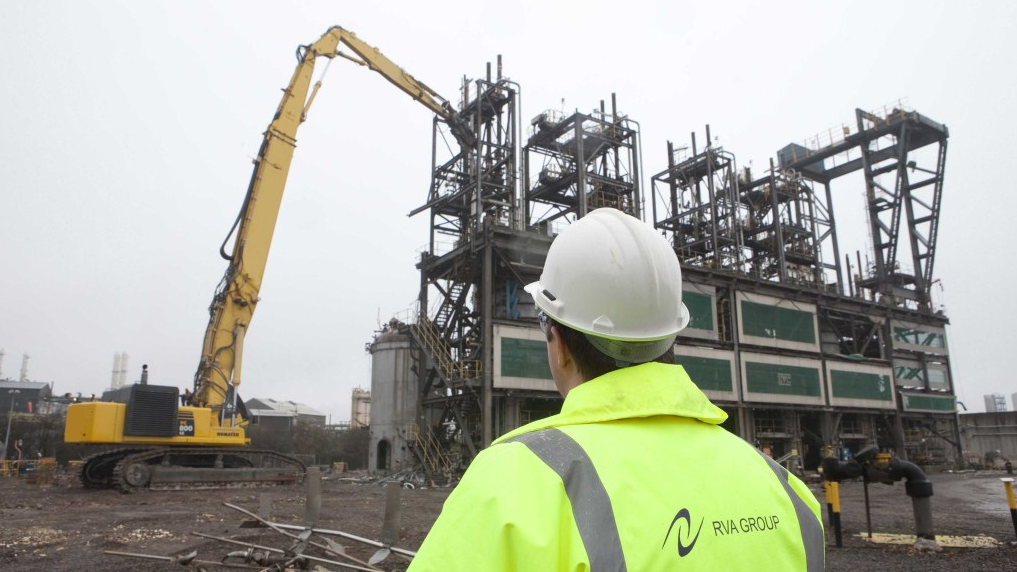 The earlier RVA becomes involved in the decommissioning process, the greater the level of safety, environmental and financial benefits achieved. We understand that every project is different and therefore tailor our management support to ensure the full consideration and control of safety, operational, commercial and reputational matters. Our objective isn’t just to meet client expectations but to exceed them.

Whilst we frequently head up project teams ourselves, we also recognise the role and significant value of the client’s personnel/existing site knowledge, and actively encourage their involvement wherever possible. While we often assume responsibility for managing the entire project, we are sometimes also merely consulted for our technical guidance. There is no one size fits all approach.

Decommissioning projects must satisfy relevant local and national compliance requirements, including the fulfilment of responsibilities to enforcement agencies and operating licence authorities, for example Directive 2012/18/EU ‘Seveso III Directive’, known as COMAH in the UK.

RVA holds the experience and skill to support the duty holder through what can be a series of complex and time-consuming processes. Our experienced team will guide clients through the multitude of tasks, as they move towards meeting criteria for surrender of environmental permits, e.g. The Environmental Permitting (England and Wales) Regulations 2016.

Many countries stipulate (or  as a minimum advise) that an independent, experienced health and safety specialist should be appointed to oversee a site’s decommissioning works from start to finish, in compliance with locally applicable regulation such as Directive 92/57/EEC – Temporary or Mobile Construction Sites, in the EU.

RVA routinely assumes responsibility for CDM Principal Designer duties in the UK, providing the client with complete peace of mind that all compliance-related matters – and most importantly the highest standards of safety excellence – are in hand.

When it comes to global compliance frameworks, decommissioning rules and regulations differ from one location to the next. While CDM compliance is the priority in the UK, for example, comparable duty holder roles elsewhere include SiGeKo – Planning prescribed by Baustell V in Germany, or the requirements set out in OSHA in North America. RVA has adopted such statutory duty holder responsibilities on hundreds of occasions.

Experienced in managing projects on multiple continents we have even worked in countries where such legislative standards are non-existent. In these scenarios, we work collaboratively with client and contractor(s) to quickly establish project standards, irrespective of culture, geography, or the scope of works. Our goal is always to outline and agree the corporate minimum standards for the project – however large or small – from day one, and in such instances, globally-respected European standards are often (although not always) the starting point.

When the contractor encountered a number of operational and commercial difficulties during the project, RVA proactively provided support and advice to resolve a range of issues to the benefit of all however, it also ensured the Company's interest were at all times protected and financial exposure minimised.

We would have no hesitation in using RVA services in the future or recommending them to other organisations requiring simi Jar services.

Safety and protection of the environment are RVA’s principal priorities. We therefore guide and support clients’ teams at all times, to ensure operations are undertaken using best-practice procedures and methodology, strictly in accordance with ever-evolving and increasingly stringent legislation.

Having reviewed hazards relevant to the operational background and current condition of the site, the presence of hazardous materials and other complex waste streams, and the extent to which assets are in a known state, safety plans can then be compiled in alignment with other contractual documentation. The result is a cohesive output, with no conflicts or misunderstandings when it comes to risk management and the goal to achieve EHS excellence.

RVA views the ongoing management of EHS as a joint responsibility to be shared by all involved in any given project. The establishment of a tripartite alliance between the client, contractor and RVA creates the foundation on which to build a successful safety mindset and behavioural culture. We will continue to monitor, measure and inspect on-site standards, investing in hazard workshops, open EHS discussions, and continued learning event reporting, to ensure EHS excellence remains front of mind.

RVA can compile sanction grade estimates, to a high level of tolerance, so that financial decision makers can better understand the order of magnitude. The information can also be used to begin funding applications and even determine the programme and extent of a project.

More detailed costing studies can also be conducted, with varying degrees of depth according to the client’s needs. RVA can look not only at the direct project costs but also integrate factors such as plant resale value, scrap and credit recovery, market conditions and the possible effect of legislative changes, for example. We always provide specialist and commercially-focused expertise which allows operators to understand all options available to them, so that they can make informed decisions and ultimately save money in the long run. There are occasions when the project can even be cost neutral, if not cash generative.

All costing information is always compiled in the strictest confidence and completely independently from the supply chain.

This is where the practical depth of RVA’s expertise comes in to play on decommissioning projects. Our team does not just specialise in the provision of over-arching advice, but also the detailed design of what needs to be done and how the works should be executed in practice – sometimes on a highly-granular step-by-step basis.

A typically consultative and collaborative process which often unfolds in close dialogue with the client’s own personnel, the result is the ability to confidently enable them to go ahead and undertake the work, with utmost peace of mind regarding EHS excellence and regulatory compliance.

Redundant asset management planning (RAMP) is often viewed by operators in a negative light. The fact that an asset has reached the end of its economically-viable life, suggests that the exercise will be fund-draining rather than income-generating, which is hardly a project stimulant.

However, decommissioning schemes must be viewed as major engineering programmes, which require evidence-based feasibility and options modelling to be carried out, before the best-fit route map can be devised. Without this extensive preparatory work, it will prove extremely difficult to assemble a competent project team, build a robust financial framework, and mitigate avoidable project hazards. Knee-jerk or uninformed decision making is therefore extremely risky.

RVA is regularly called upon by clients to support during this planning phase – and, in fact, our engineering expertise is being sought during increasingly earlier stages of an asset’s operational life.

The 10 key challenges when managing a decommissioning project

RVA’s engineers are routinely approached to provide advice and commentary for technical journals, and identifying decommissioning project risks is a common theme. More important than that though, is the development of a strategy to overcome them. That was the topic for discussion in this article from the archives…

When it comes to our provision of decommissioning services, we can adopt varied deployment methods, including a physical on-site presence, virtual support, or a hybrid approach. Exactly what is feasible will depend on the scope of work involved, and decisions will always be made on the grounds of safety. However, where possible we will actively seek to make best use of technology and remote or geographically diverse resources, to reduce the unnecessary carbon impact of travel, and keep programmes progressing fluidly whatever else may be going on in the world.

RVA has overseen the demolition of two 55m high chimneys at Barking Reach Power Station, in East London, as the site gets one step closer to its new lease of life.

The concrete stacks with steel flues were brought to ground in only 10 seconds each, via the controlled use of approximately 10Kg of explosives.

Mindful of nearby stakeholders – including a petroleum fuels depot only 200m away – the early Sunday morning demolition was coordinated to minimise disruption and ensure maximum safety standards. With the 42-acre site visible from the A13, road closures were enforced, and the collapse mechanism was designed to avoid any structural damage to the main turbine halls – which remain intact.

Five 2,500 tonne boilers (heat recovery steam generators – HRSGs) have also been felled using traditional demolition techniques. This work was carried out in the late evening, over a six week period, when the peak rush hour traffic had passed.

The sequential demolition was planned by RVA in an exercise which began back in 2014. Engaged by Barking Power Ltd – part of Canadian firm Atco – RVA was initially appointed to undertake various front-end engineering services, including costings studies and the provision of help to de-rate the site. The coal-fired assets were closed in the same year, before various options were investigated for the site’s future.

The demolition project was then officially kickstarted last year, with RVA returning to deliver its suite of works execution services, including project and EHS management.

Commenting on the assignment, RVA’s managing director Richard Vann said: “We have now overseen more than 770 decommissioning projects worldwide, but that doesn’t mean they are not without their challenges. Every scheme requires meticulous planning and management, to ensure a safe, quality-led and cost-effective approach with minimal impact on the surrounding environment.

“With Barking, there was the added complexity of protecting the turbine hall and its contents, as the site looks set to embark on a new and very different life, having been acquired by the City of London Corporation.”

In December 2018, media reports confirmed that the City of London Corporation had acquired the site and were considering its future use as an iconic wholesale food market.