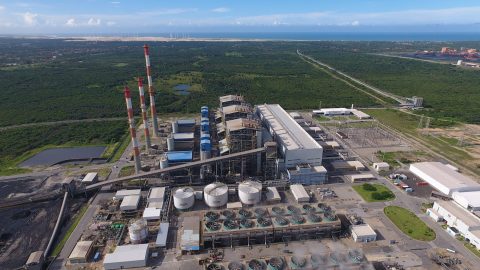 EDP is no stranger to RVA’s services, having engaged the decommissioning engineers to write the specification for the demolition of the Barreiro power station in Portugal, in 2011.

This project, in the state of Ceará in Brazil, was part of a due diligence report for the Pecém 1 Energia thermal power plant. With a total capacity of 720 megawatts, the plant produces the equivalent of half the electricity generated for the state.

Keen to secure independent expertise regarding the potential future of this 210-acre site, EDP appointed RVA to produce a detailed decommissioning costings study.

This estimating exercise does not mean that clearance of all – or even part – of the plant is imminent. Instead, RVA’s evidenced data provides EDP with costed options – underpinned by financial integrity – if or when it decides to embark on any decommissioning works moving forward.

This means the fiscal obligation of any future project, is understood and anticipated, therefore minimising the commercial risks for stakeholders.

“As with any project like this, knowledge is power,” commented RVA Group’s managing director Richard Vann. “So, the earlier that decommissioning engineers can become involved in a potential assignment, the greater the quality of any ensuing outputs.”

EDP’s director of decommissioning Bruno Travassos added: “As an organisation, we’re now empowered with information that will support us in future decision-making processes and allow us to better plan the resources and milestones required for any future decommissioning works, large or small.  Such projects are complex and have a large number of variables, so preparation is key.”